Enter If You Dare! A Tour of Philadelphia’s Legendary Haunted Houses 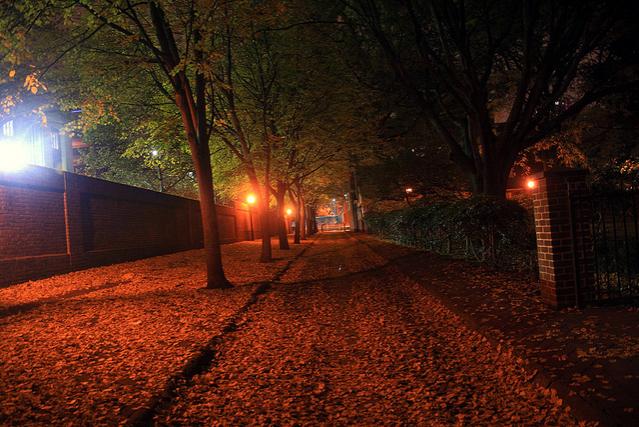 It’s All Hallows’ Eve! VERY Real Estate takes a quick peek at some of Philadelphia’s legendary haunted houses and properties.

Opened in 1773, and rebuilt after a fire in 1854, the City Tavern has been witness to much of Philadelphia’s history. The popular attraction in Old City Philadelphia, is allegedly haunted by a former waiter who died in a bar fight, and a bride who was burned in the 1854 fire.

Southeast Square, renamed Washington Square in 1825, has been a “potter’s field” and a burial yard for the less fortunate and fallen soldiers during the 1700’s. Many visitors have claimed to see Leah, a Quaker woman who patrolled the cemetery late at night to protect the deceased from grave-robbers.

The Powel House in Society Hill was built in 1765 and home to Samuel Powel, Philadelphia’s first independent mayor. Visitors have reported seeing the ghosts of Continental Army officers ascending the staircase and the ghost of a young woman in a beige and lavender gown in the drawing room. The young woman is allegedly Peggy Shippen, wife of Benedict Arnold. The last party Peggy Shippen attended had been held at the Powel House and she wore a beige and lavender gown.

The Academy of Music is the nation’s oldest still operating opera house, built in 1857.  Visitors have reported strange events in the upper balconies, including a “man in black” who is said to haunt this area of the hall. Female visitors who sit next to an empty seat have reported feeling the presence of a person sitting down next to them. Some have even reported being pinched or feeling their hair being pulled.